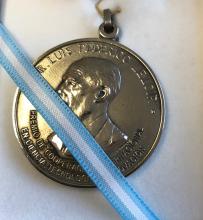 The Leloir Awards Ceremony was held on 28 January this year. The 2018 prize was awarded to Professor Robin Grimes, who served as Chief Scientific Advisor to the Foreign and Commonwealth Office between 2013 and August 2018. In this role, Professor Grimes made a significant and outstanding contribution to promoting cooperation in science and technology between Argentina and the United Kingdom. In 2018, the Embassy of Argentina to the United Kingdom proposed that this prize be awarded to Professor Grimes. Dr Lino Barañao and his team at Argentina’s Ministry of Science, Technology and Productive Innovation agreed wholeheartedly with the suggestion. 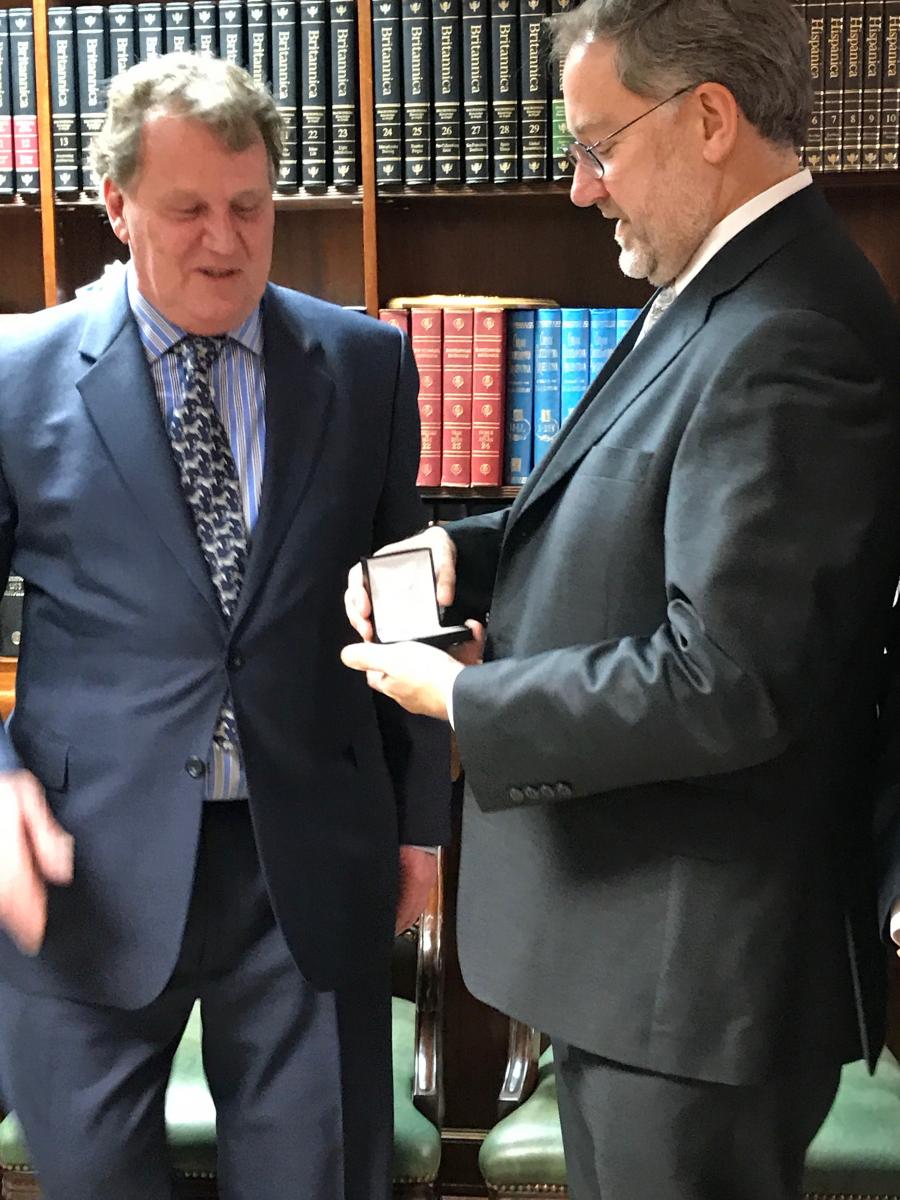 The Ambassador of Argentina to the UK, Carlos Sersale di Cerisano, led the awards ceremony – of the silver medal named after Dr Luis Federico Leloir – which was also attended by Foreign and Commonwealth Office officials (diplomats Catherine O´Neill, Head of the Brazil and Southern Cone Department; Debbie Fern, Head of the Office of Chief Scientific Advisor; Paulette Hunterokulo; Lucy Grimes, representative of GlaxoSmithLline; Dr Israel Gloger, a pharmacist who actively cooperates with Argentine scientific institutions; Professor Fernando Audebert, an advisor at the Argentine Ministry of Science, Technology and Productive Innovation; and officials from the Argentine Embassy.